The Soundtrack of Our Lives

I have my own particular sorrows, loves, delights, and you have yours.
But sorrow, gladness, yearning, hope, love belong to all of us, in all times and places.
Music is the only means whereby we feel these emotions in their universality.
H.A. Overstreet

THE SOUNDTRACK OF OUR LIVES 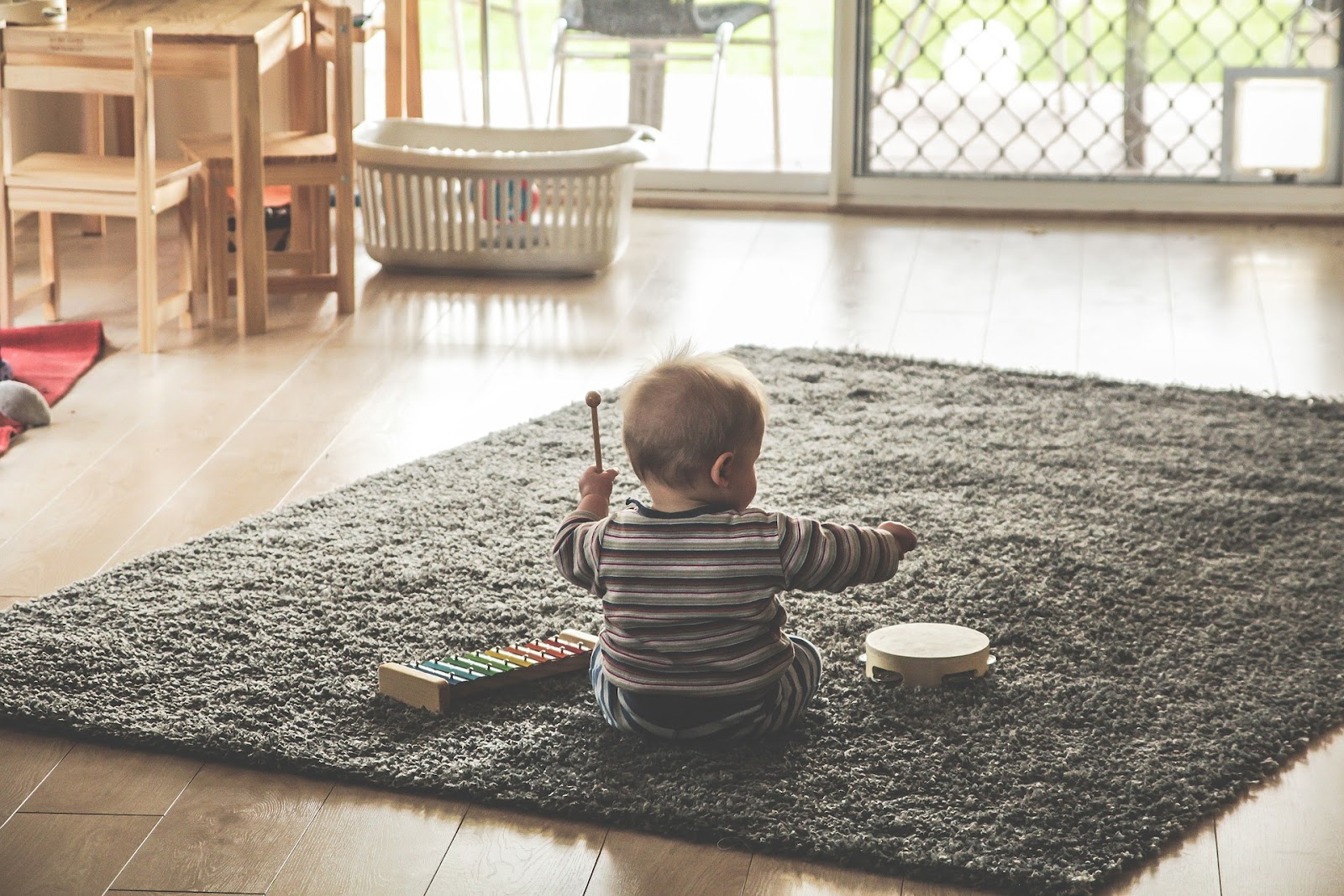 The point of this article is to make the case of the effectiveness of music, and more specifically songs, as a tool for helping people in the healing process when dealing with difficult emotional issues. Not only does music convey emotions in their universality as Overstreet states, but it does so instantaneously.

Our emotions constitute a complex and often tangled web based on experiences with a variety of people, in a variety of circumstances, over a number of years. Processing all of this and putting it into words succinctly and concurrently is virtually impossible.

Harmony, melody, and rhythm can convey a complex range of emotions enabling us to feel seemingly conflicting feelings at the same time. The simplest example would be when something is bittersweet. And while we may be able to put that particular emotion into words music takes it further, putting it under our skin and into our soul. There are scientific explanations and I will delve into those in the next section. But there is also mystery at work here. We can seek to explain why we respond to music but there is alchemy at work especially in a great song that defies explanation. Any professional songwriter will tell you that songwriting is a craft and there are rules and formulas you can follow to create a good song. But the truly great songs contain an element of mystery. Something magical happens, a touch of the Divine. Otherwise every professional would write a great song every time.

I think music in itself is healing. It’s an explosive expression of humanity.
Billy Joel 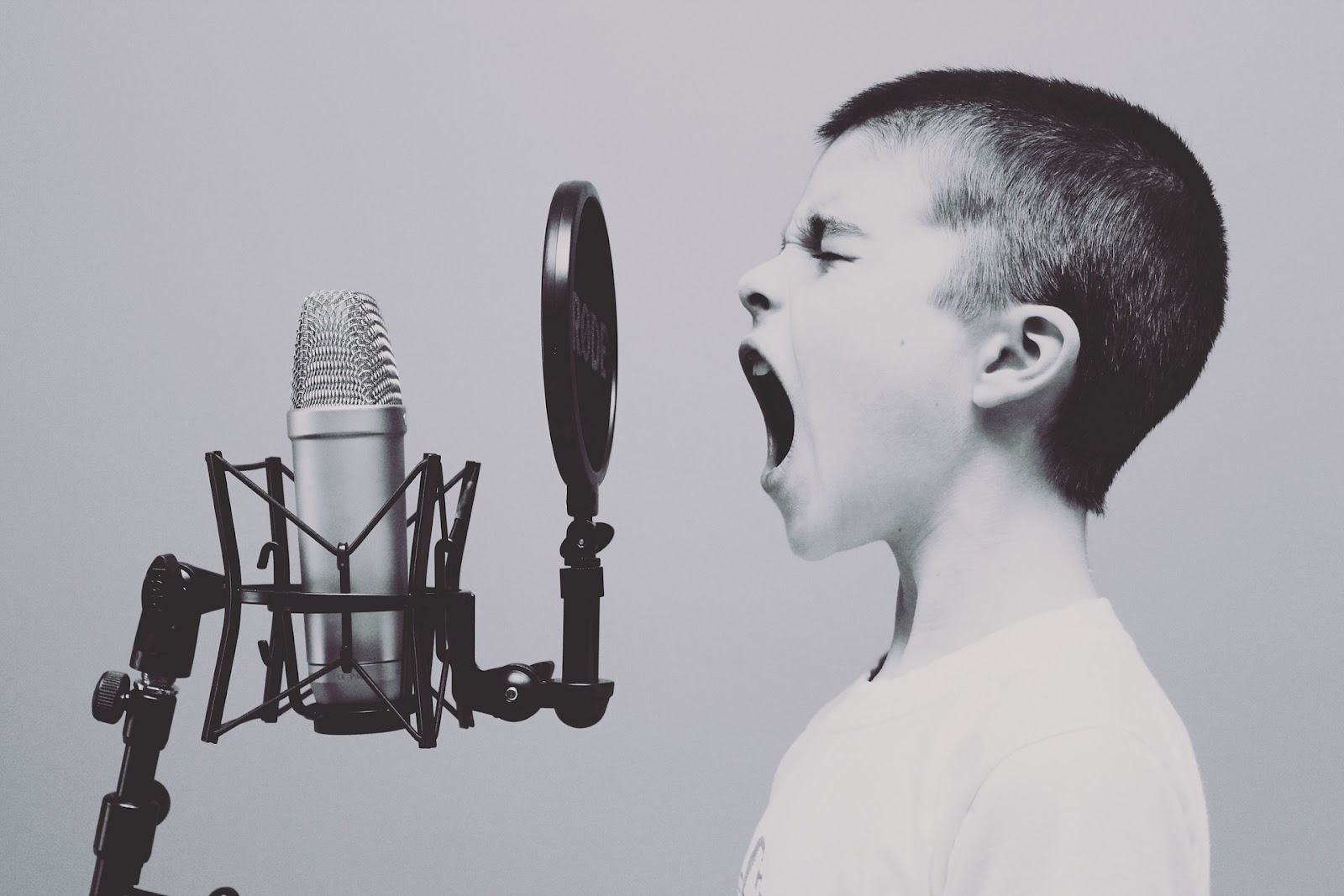 OK, to say that music in itself is healing is quite a claim So let’s start a little more simply.

Likely as not, the answer to all of these questions is yes.
It follows then, that if music can elicit emotional and physical responses in our mind and body that, when properly applied, it should be able to play a role in supporting healing.

Each and every one of us is impacted daily by music. It acts as a kind of soundtrack for our lives. This can be intentional as in when we choose to listen to it. More often than not though, it is involuntary.

Examples of involuntary music listening are legion: Elevator music, piped in restaurant music, television and radio jingles, music at sporting events, music at shopping malls, music in theaters while waiting for the movie to start, music at outdoor venues like amusement parks, and my personal favorite, the music that plays in a mind numbing repetition while one is on hold trying to resolve a problem with the cable bill.

They even play music at my dentist’s office. In a moment of sweet irony I was treated to David Cook singing “The Time of My Life,” while I was having a root canal. 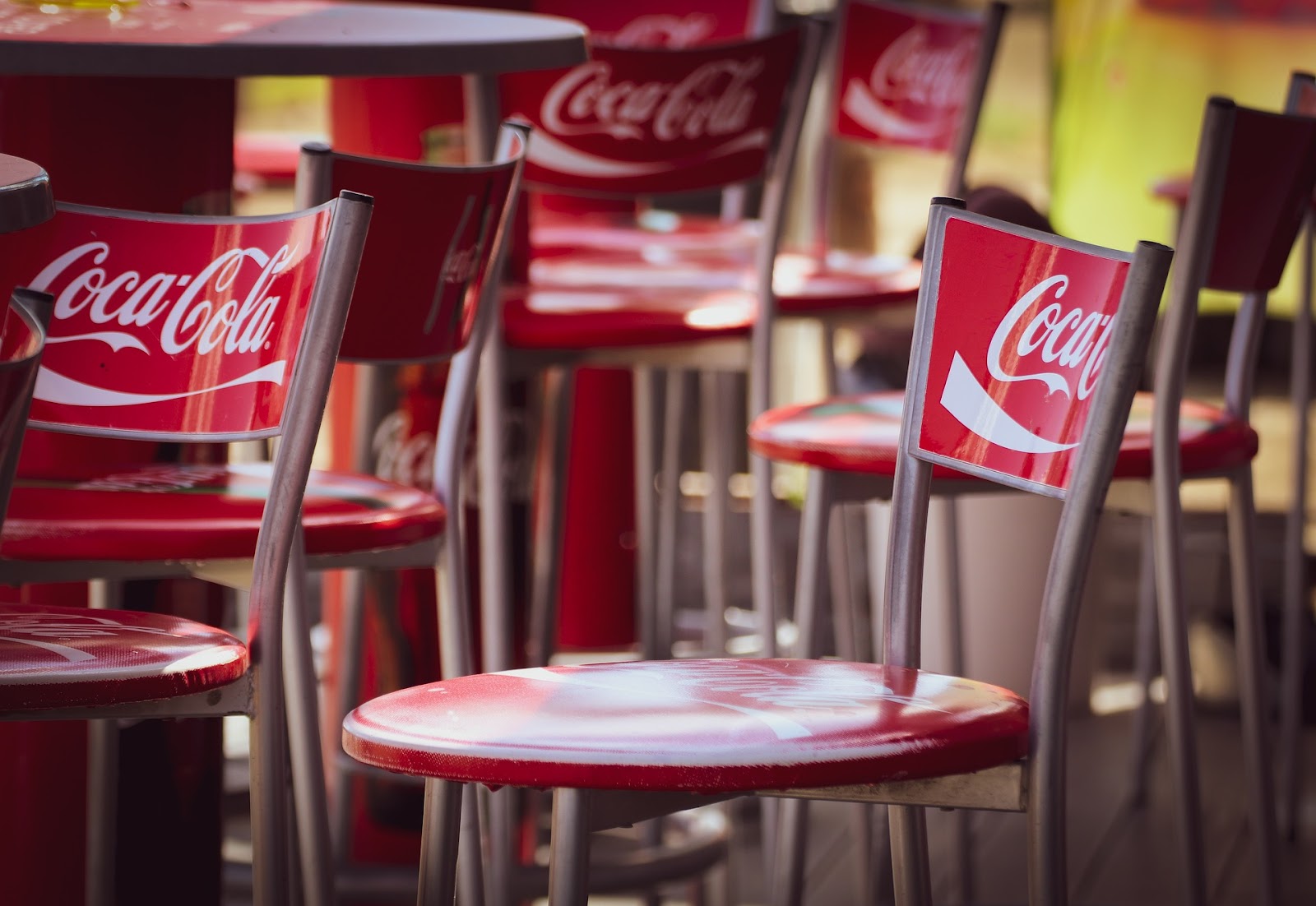 So why is music played in all of these circumstances? Someone, somewhere along the way must have decided that it affects behavior. Ya know, kind of like how all of the fast food chains have red in their logo because red is supposed to stimulate your appetite.

For example, advertisers know that music works. That’s why they sing to us about everything from beer to toilet bowl cleanser. How many of us know which insurance company is “on our side” because of their little one line jingle? And jingles have staying power. Back in the seventies Burger King had a “Have it Your Way” campaign. At the sound of those four words I’m instantly singing “Hold the pickles, hold the lettuce, special orders don’t upset us…”

The same thing is true for television theme songs. I was recently in Grand Rapids, Michigan making a presentation to a group of Clinical Directors. Someone made a reference to Green Acres and a young lady in her twenties made the mistake of saying that she didn’t know that show. Instantly, a man pulled up a video of the song on YouTube and an entire room of clinicians in their forties and fifties sang every word at the top of their lungs without missing a beat.

So that certainly makes the case for using songs when you want somebody to remember something. But what if you want to manipulate someone’s mood?

Think of the tone the music themes helped set for popular movie series’ like Star Wars or Harry Potter.

And let me ask you a question. You’re watching a “scary” movie. A woman is sneaking down a dark hall and you are terrified. What is she doing? She is walking down the hall. There is nothing happening. So why are you terrified? Because the music is telling you there is a guy with an axe at the end of the hall. Don’t go down there!!!

The classic example for me is ‘Field of Dreams.’ I weep every time I see the end of that movie. What’s happening? Two guys are throwing a baseball. Why am I crying? Because the music is saying this is sad.

Of course films aren’t the only place where our moods are manipulated by music. The word manipulation usually carries a negative connotation. So let’s look at the impact of music and how ubiquitous it is reframing the discussion in more positive terms.

Music is used to arouse and to inspire in a dizzying variety of settings.

Colleges have alma maters and their football teams have fight songs.

Every branch of the U.S. military has a rousing theme song. Most countries have national anthems and of the ones that don’t most have unofficial national songs. A policeman sang God Bless America at every Yankees game in New York City for a year after 9/11 to inspire patriotism and national pride. 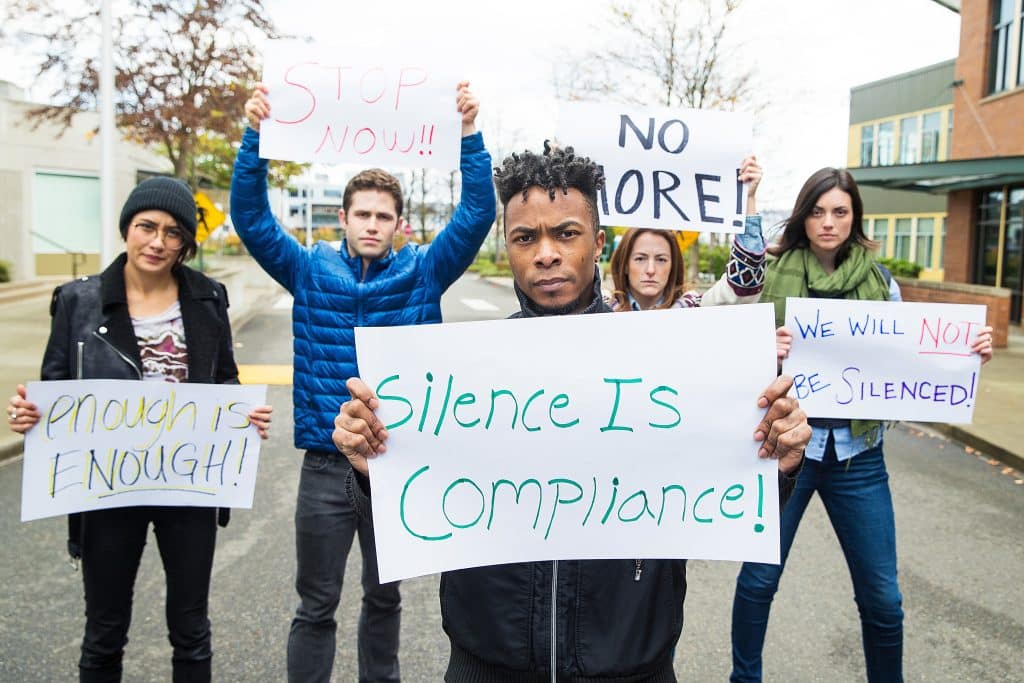 Speaking of arousing and inspiring songs have been used to promote a wide variety of causes to great affect over the years. The 1960’s saw a dramatic rise in the use of protest songs by artists like Joan Baez, Bob Dylan, Peter, Paul & Mary, and many others. We Shall Overcome became an anthem of the civil rights movement. Songs like Fortunate Son and Give Peace a Chance were among the dozens of songs that helped mobilize opposition to the Vietnam war.

Songs have also been used to inspire support of humanitarian causes, 1985’s We are the World written by Michael Jackson and Lionel Richie and produced by the legendary Quincy Jones being the most classic example. It sold over twenty million copies to raise money for hunger relief in Africa.

A cousin of inspiration is, of course, celebration. Freddie Mercury said of We are the Champions, “I was thinking about football when I wrote it. I wanted a participation song, something that the fans could latch on to.” Well they certainly have, in football and soccer stadiums around the world. Since 1908 baseball fans in ballparks all across America have joined together every seventh inning in singing Take Me Out to the Ballgame participating in a musical celebration that’s become a tradition.

Music is the great uniter. An incredible
force. Something that people who differ on
everything and anything else can have in common.
Sarah Dessen

Sometimes music and songs bring us together in more somber or serious ways.

Music is an integral part of most funerals. Invariably someone will sing or play a song that was a favorite of the person being memorialized. Often there will be congregational singing. The music brings people together in a place beyond mere words to share in the grief we have in common.

Music is a key part of other major life events as well. As one who was a DJ at hundreds of weddings I can assure you that music is a key component whenever a couple ties the knot! And who hasn’t heard Pomp and Circumstance at a graduation ceremony?

Music is an integral part of worship in most churches. This can include some combination of contemporary praise and worship music, choral music, congregational hymn singing, and solo performances. The Psalms of the Hebrew Bible, referred to as The Old Testament by most Christians, were originally written as songs.

Since music is such a wonderful memory device I often joke with pastors that they should sing their sermons so that people would have a chance of remembering them past lunchtime. In synagogue services Rabbis sing prayers making it much more likely they will be remembered. The Torah is chanted to a specific musical notation called a trope. 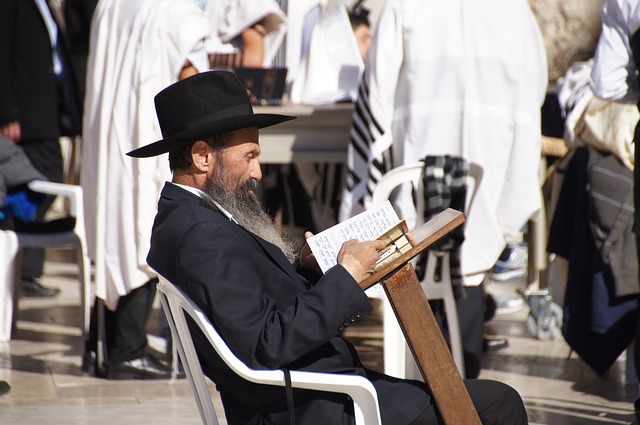 Clearly music and songs are woven into the very fabric of society. None of the examples listed above even take into account all the ways we individually invite music into our lives – through listening to the radio, streaming, listening to CDs, attending concerts, singing, and playing instruments.

Whether you consciously carried this information around or think about it often, the fact is that you already knew most of what I have said was true from your personal experience. And yet, as a rule, music has been compartmentalized and undervalued, largely absent in a very important discipline where, if incorporated, I believe it could improve the quality of many our lives.

I am speaking of professional counseling. One of my goals in creating this paper is to encourage professional therapists to explore the advantages of incorporating songs with targeted lyrics into their practices as part of their toolkit.

It may surprise you to learn that I also feel that songs have been under utilized in church.

I will say more about each of these in coming sections. But now let us turn our attention to compelling brain science behind the power of music and songs.